(Cannot be used for Evil Dead the Musical) 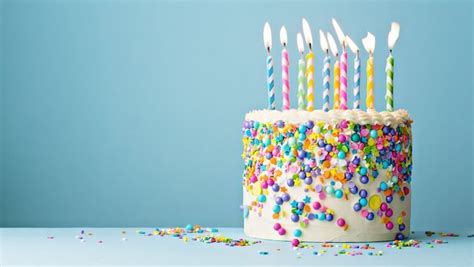 For your next birthday party or special event celebrate the theatrical way! Sutter Street Theatre is now offering a celebration package that is sure to impress.

This package includes a space in our annex to hold your celebration, tables, decorations, set up, break down, cast members of the show, and group pictures.

Fees include: $5 more than the original ticket price per person. The minimum amount of people is 10 and the maximum amount is 60.

The Carsino Show has returned – in the style of the Johnny Carson show as if it were done by the Mafia! Live music plus tributes to Liberace, Carol Burnett, Frank Sinatra, Rodney Dangerfield, Dean Martin,  Abbot & Costello, and more with your host, Johnny Carsino.

There will be three performances:

Seating is limited so make your reservations early. Tickets are $20 each. The Carsino Show has returned – in the style of the Johnny Carson show as if it were done by the Mafia! Live music plus tributes to Liberace, Carol Burnett, Frank Sinatra, Rodney Dangerfield, Dean Martin,  Abbot & Costello and more with your host, Johnny Carsino.

There will be three performances: Friday March 26th & Saturday March 27th at 8:00pm and Sunday, March 28th at 4:00pm. Seating is limited so make your reservations early. Tickets are $20 each.

Folsom’s Sutter Street Theatre announced their 2018 season schedule this past Sunday, Nov. 5, during their annual Gala and Season Announcement Party.

The season is filled with a great variety of shows to appeal to all tastes in both the Off-Broadway Series and Family Series.

The season opens with the return of the Carsino Show, a takeoff on a mafia-style Johnny Carson show. The theater also has two original shows – Straight Camp and Choices, a show that will eventually travel to schools in their Breaking Boarders school program.

The Off-Broadway series brings you an Agatha Christie play, Murder on the Nile, the ever popular On Golden Pond, the very funny Duck Hunter Shoots Angel, Ken Ludwig’s delightful comedy Moon over Buffalo and a new play called The Kids Left, the Dog Died, Now What.

The theater is also bringing order lexapro online five musicals to the Off-Broadway Series including Spelling Bee and We Will Rock You. And of course, Evil Dead will be back for its eighth year as well as Holiday in the Hills to brighten your holiday season.

In the Family Series there will be five musicals including the charming Twelve Dancing Princesses, The Magic Toyshop and the hilarious play Humpty Dumpty is Missing or The Mysterious Case of the Fallen Egg, plus The Adventures of Sleepy Hollow.

Among the others, the popular Little Woman will bring its wonderful story to the stage.  Boy Who Stole the Stars with its fantasy and magic will also grace the season for your enjoyment. In addition, the theater’s workshops will be performing Les Mis, Jr., 101 Dalmatians and Mary Poppins.

All shows are subject to obtaining final rights to produce so check the theater’s website at SutterStreetTheatre.com to confirm shows.

Join us this February for the return of Sutter Street Theatre’s Olde Tyme Radio Show, featuring classic radio programs and music from yesteryear! Our 4 o’clock performances will be held live and outdoors for your viewing and listening enjoyment. Admission is free, although donations are gratefully accepted.

Shows feature original scripts from programs such as: Plus live music and vocal selections by the cast! Join us for an afternoon of entertainment every third Saturday of the month featuring dance, music, comedy and more! Every month is a new show and every show is a party!

Tickets are sold at the door for $10.

Bring the whole family to experience our tribute to the characters we all grew up with and love! Email Jenny at Jenny@sutterstreettheatre.com and you could be appearing in the next Cabaret.

Basement: Improv Down Under

Come and join us every fourth Saturday at 4:00pm for a great improv show featuring,The Basement: Improv Down Under, as they perform in the style of the popular TV show Who’s Line Is It Anyway.  Highly experienced improv talent Hannah Hurst, Brandon Hunter, Hannah Vaccaro, Erin Bell, Jenna Lunday and your host Allen Schmeltz will entertain you with unscripted skits and games.

The Bully & Alice In Wonderland The Bully & Alice In Wonderland

One Day Only!  Special Fund-Raiser Performance! When the Soady clan reunites for the opening day of deer season at the family’s Upper Peninsula camp, thirty-five-year-old Reubin Soady brings with him the infamous reputation of being the oldest Soady in the history of the Soadys never to bag a buck.

In a hunting story to beat all hunting stories, Escanaba in da Moonlight spins a hilarious tale of humor, horror and heart as Reuben goes to any and all lengths to remove himself from the wrong end of the family record book.  A very funny play that had packed houses the last time it ran at Sutter Street Theatre! We are gearing up to take Escanaba In Da Moonlight on the road, for one big show at the Bootleg Theater in Los Angeles on August 20th! That too will be a fund raiser and there should be many industry big-wigs in attendance. Titled “Celebrate” The Evening celebrates our 10th season in Folsom, CA and Features –

Mark your calendars for the evening of February 6 at 6:00pm as we present Sutter Street Theatre’s Annual Gala for 2016.

Celebrate! will be held at our theatre annex, 710 Figueroa Street, Folsom, with valet parking available down the alley off of Wool Street between Figueroa and Sutter Streets.

The Evening Includes…
plus ENTERTAINMENT FEATURING….
The Connie, Johnny, Mike & Rick Show:  Two centuries of insanity!
LIMO Ride to and from the annex to the theatre and back.
Proceeds go to help support our ongoing award winning theatre program and our educational arm that provides learning opportunities to all ages in the visual and performing arts.

Tickets are $100 and will include $40 worth of Theatre Bucks to be used at the event.

Tickets are limited so get yours today!

I am absolutely amazed at the quality and quantity of things to bid on at this year’s Gala, “Celebrate!”  Kudos to the staff for amassing such a wonderful group of great items!  Certainly, there will be several people going home with winnings that far out-value the price of their admission. Also, the show tonight is awesome!  It will perhaps be the very best ever done for a gala!!!  After all, this is our 10th anniversary!  Only a few tickets remain.  Are you coming???